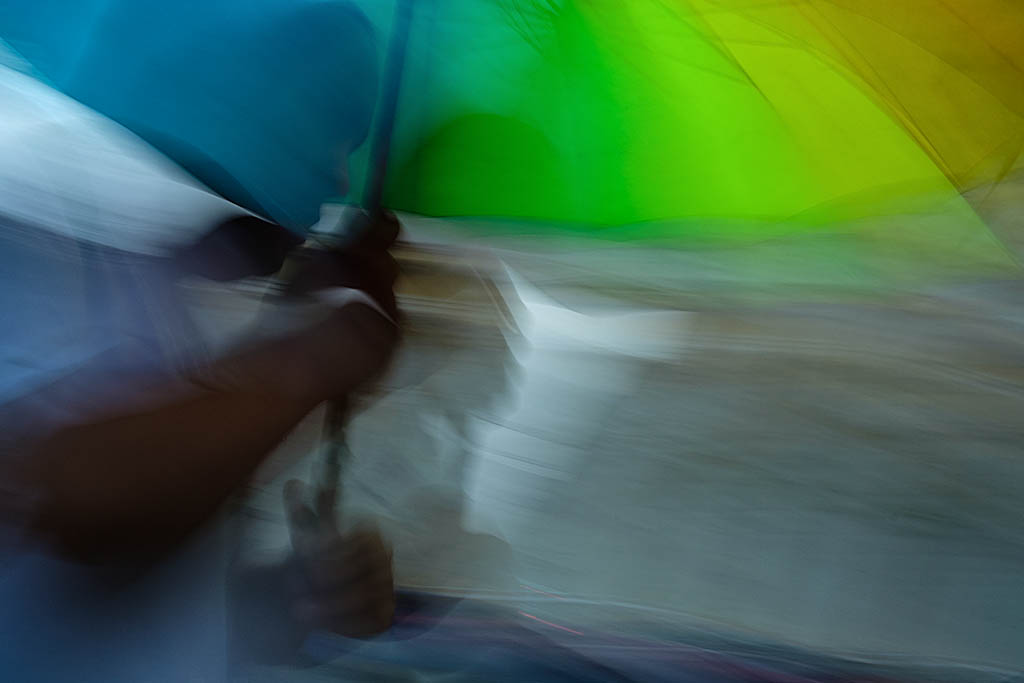 The Old Man was dead.

"We should go to Cuba before it changes too much," See See commented that evening.

"Definitely," I agreed with her, "before they finish putting in a Bubba Gump and TGIFriday's on the Malecón."

So I set aside my winter holidays and started looking at options, logistically and legally. Try to find something we could do together. Maybe an art workshop? Almost immediately, I found: Santa Fe Workshops, Open Door Havana with David Alan Harvey. Holy cow!

"That's a great trip for you," See See said when I told her about it and tried to explain who DAH was, his relationship to Cuba, his books and Burn Magazine, and... without missing a beat she simply said "Go, and if you like it we'll go together later." I am constantly in awe of her calm sweetness. Her timely sweetness, because the final day for registration was: tomorrow. So I registered. And I went.

I've never gone to a still-photo workshop. I learned all my craft aspects of still photography by shooting yearbook and school newspaper photos, by working at ciné and darkroom rental houses, and after that my formal training was all cinematography. Harvey's workshops are (deservedly) legendary for their intensity and his insight into the processes of many different kinds of photographers.

"Who Should Attend: Advanced Amateurs, Professionals." In other words, people with accomplished records and five times my chops when it comes to still photography. But frankly that's what I enjoy most: being the class dunce gives me the most opportunity to learn something from everyone else. I started studying.

First, bust out all the Harvey books: not just Cuba and Divided Soul but everything else I could find, or that could be tracked down from a statewide library search. I picked through my old Geographics. I started scouring the web for more insight into his work, for tales of his workshops, and youtube for samples of his talks and working methods -- not to attempt at being a junior copy of DAH, but to save time, to guess at where he's coming from via close reading of the pictures. A goal for me was to find some way to move beyond the kinds of work I'd been making in recent months, without abandoning it.

I read José Marti's Cultivo Una Rosa Blanca. Binge-watched The Cuba Libre Story and the spectacular (and infrared) Yo Soy Cuba; scrubbed Google Maps for stories about things I imagined making projects about: internet censorship avoidance via la paquete semenal and how to find bicycle parts in the alleys around Cristina train station. I loaded my backpack with school supplies and bug repellent as gifts to people who might help me find pictures or just to make their lives better.

I started drumming my fingers over gear -- should I bring an audio recorder? Will the new Fuji 50mmWR come out, can I get an X100F in time (answer: they came out during the trip, so it was a moot concern)? In the end I opted for just two lenses, the 23 and 35 (35 & 50 equivalents), mounted on the X-Pro2 and X-T1 respectively so that I needn't swap lenses on the fly. I did bring the little Instax SP-2 printer and lots of film; it was an excellent door-opener in some situations. Some days I just took the X-Pro with the 23. No tripod, no crazy Russian ultra-wide lens or infrared film. The 18-55 kit lens I left in my case as emergency backup, it was never used save for one shot of my American companions during lunch. I brought a tiny strobe that was nearly unused until the last day, and only for one shot.

Since I figured I was likely to be the most-junior, least-published photographer on the trip, I spent an evening just blasting out 8x10 prints, figuring everyone would probably have an image portfolio to use as introduction.

Complication #1: In the papers sent from the workshop after I'd registered, this description of what to expect: "people-to-people cultural exchanges that use the photographic experience… these are not photography workshops and there are few formal lectures, group critiques, or assignments during the week." Their bold-facing. Uh, que? Because of legal restrictions on the nature of our visas and tour permits, the workshop would be largely scheduled group visits to specific presentations and locations and walks through picture-rich locations & set-up situations. Which would be terrific, as I was really coming to love Cuba as a result of my research -- but not what I'd initially expected, and I was concerned that the experience might be a little too "on rails."

Complication #2: Just a day after completing my registration I decided to be a responsible adult and clean the rain gutters at the front of the house. An object lesson about correctly counting ladder rungs ensued, leaving me on crutches with multiple soft-tissue injuries and a fracture (and: fully cleaned rain gutters). The doctors weren't entirely sure I could get around at home, much less overseas, and the workshop-participant papers warned repeatedly that Havana's streets and sidewalks were full of dangerous holes, and that I'd be walking for hours each day on hazardous and slippery terrain. But when I worked through the chain of medical specialists up to the surgeon, he was resolute: delay your surgery, we will get you to Havana. Oh, and he knew Antonio Castro personally. I doubled-down on my physical therapy, on my gym visits, and also on babying my leg for six weeks. I bought some better waterproof boots and hid a cane in my luggage, just in case. While I dreaded the possibility of getting hurt at every step (those amazing holes in the streets are real!), I got through (until after the trip - another story). Never used the cane, just stayed slow and prudent.

Complications… to heck with them. If anything they just solidified my resolve, and clarified my thinking about what I wanted to experience and learn. I tweaked my sleep schedule to match Havana time. I changed my diet from salads and vegan protein shakes to ropa vieja. The doc cleared me. I got on the airplane. Missed my connection. Made the second one (last-minute standby!), got to the hotel with twenty minutes to spare, met everyone briefly, and it was a go.

As it turned out, I wasn't the least accomplished photographer in the group, just somewhere in the middle. I learned a tremendous amount just from watching the other students in the workshop while they were shooting, especially practiced hands like Maria Daniel Balcazar and Chris Michel, who were both inspiring while very different in their temperaments and approaches. And also learned from students who were more like myself, just trying to figure it out as someone who loves photography.

I'll write later posts in more detail, but it was just a day or so into our week when I started to feel more confident about just doing what I normally do and not worrying about the specific requirements of the trip, or the workshop's format, or even the location; and that if I wanted photos that were mine, I needed to have my own plan (just like... CalArts! Amazing instructor, lots of cheap rum, and it's up to you to sink or swim to your own island). There was some revolution in the air, a few people (ahem) talking about going off on unscheduled tangents, but it wasn't that. Someone asked me, after a walk, if I'd gotten some good pictures that day, and I said that I couldn't know, since I had no opinions about what I was seeing yet. It felt odd to say that, but also felt true.

The next day or two gave me a chance to show DAH some of my previous photos (I had those prints! To my surprise, no one else brought any, heh). Besides sagely telling me which prints to immediately eject from the set, he warmed to some portraits from the Liquidity series and even told other students about it: at a class lecture he reminded me to "get weird, Kevin!" a phrase most everyone in workshop repeated to me during the rest of the week.

By day four I was feeling that something like an opinion was forming: that Havana was like a derelict bouquet, still beautiful but collapsing and very, very fragile. Time passes, and winds from the north are inevitable.

Early that morning, just at dawn, I was ruminating on this when I looked down and at my feet in the rubble-strewn street was a crushed lost rose. I carried it to the hotel, snapping shots along the way (I brought it home too, though it's dust now).

By 4AM the next morning I awoke from having done a dreaming edit of pictures (editing in your head is better than a laptop: the laptop's too slow) and realized that I might be able to use the idea of a caged bouquet as a way to rationalize some of my photos as a group, to make some sort of narrative out of them rather than a travelogue. I scribbled a list of pictures I already thought I had, a list of pictures I wanted, and went back to sleep. From that point forward I had a completely different way of thinking about the pictures yet to be made: I knew I wanted certain colors and feelings, but didn't actually care about the specifics of location. Once I had that set of unifying ideas, the pictures almost took themselves. It also meant that when I sat down at at the light box that I could avoid confusing myself by just grabbing pictures that were "good" or "likeable" -- first, they had a job to do.

The Santa Fe Workshop goal was an eight-picture slideshow of favorites. I gave them that, and also made a twenty-picture slideshow of my own as a personal exercise. After the first draft I showed it to Harvey, and (after he counseled me to discard some of the shots) we chatted about how a similar process of getting at themes can drive a project, as they did for his long-term work on Divided Soul. He pointed out that once there's a connecting idea, in a sequence a picture can be more than a picture, just as in a poem a word is not just a word. It has a broader function.

The revised version of that slideshow is here, you can play it small or use the fullscreen (button on the lower right when playing). The music is a fragment from an Isaac Albéniz piece, beautifully played by Rosa Antonelli. The titles were in the first draft too. They might feel a bit overwrought but they did me right at 4AM at the end of a very inspiring and satisfying week.

An hour back to Miami, and within another hour I was parked across from the Trump International Resort, having an almond-milk latté and listening to the chatter around me: a mix of English, Spanish, and Russian. But that's another post entirely.

We will go together yet, See See. Before the Bubba Gump.