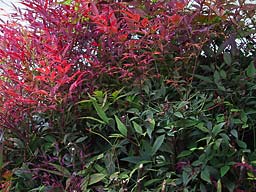 Three rolls TMax100, 9.5 mins @ 20C. They all look a wee bit thin, though the occasional dMax peeps through. Left in the fixer far too long (like by a factor of 3)? Hmmm.

I’ve realized that over the past two years, I have purchased, in order: a Canon G1, a Contax G2, and a Canon G-III. Ironically, each camera is older than the previous. I guess the next cameras in this pattern would be a 4x5 and a 6x7, if I can find any that start with the letter “G” (thank goodness for Fuji Medium-format cameras, heh). Or does my highschool-vintage 124G already count?

Shot about six rolls yesterday, trying to make the most of the three-day weekend by running up to San Francisco to visit an ill friend, his family, and other friends. We then jotted up to Marin for a bit of nostalgia around Mill Valley and the forests flanking Mount Tam and Bolinas.

The G-III is light and fast, easy and quiet, though I fear that it’s autoexposure may be reading a little bit too hot. Fine by me, since my initial belief when I bought it was that the meter would be inoperable due to a lack of discontinued mercury batteries.

One negative surprise: On my second G-III roll I had a misfeed about eight frames into the roll. Once processed it showed a krinkle, and I had to stop and rewind the mustly-unused roll. Subsequent rolls went on without a hitch though. I actually suspect I may have cut the leader in the wrong way.

The mountain was deep in fog and I felt apprehensive about shooting there, knowing perhaps too well how the photos would look. Then again, I shot them for myself, not for my ever-present imaginary art critic. The fog is beautiful. It was in a place that I love and rarely visit any more. Sometimes that is enough, as long as the photos aren’t posed, neighborhood art-fair fashion, to pretend that the simple presence of fog is enough to make the photos mysteriously meaningful.