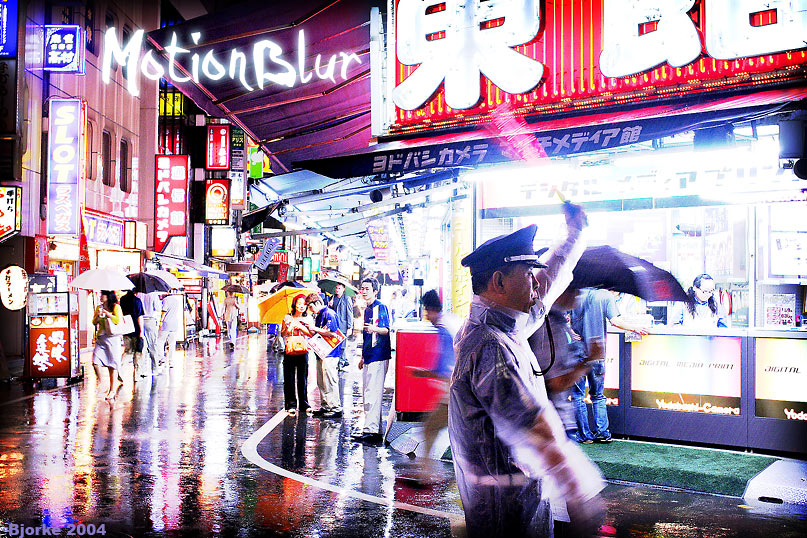 Four airports in the past five days — a busy trip. Currently Sunday morning (I think) in Tokyo.

My Canon 300D seems to be falling apart! First a battery clip broke a couple of months ago, and rather than lose the camera for weeks I just got an external clip. Now the lens-release button has fallen off. I’m holding it in place with tape now — seems to still work so far. My AF performance seems to have fallen off a cliff too. Glad I have the old Contax G2 and a dozen rolls of Tri-X to fall back on, just in case… only one 28mm lens with the G2 though.

Walked through Yodobashi camera last night, about three blocks from my hotel in Shinjuku. I was hoping they’d have one of the new Canon 20D’s in stock — no such luck. Did see a lot of black-bodied 300D’s, though, along with the famed 18-55mm EF-S USM (yes, it does exist). And lots of interesting I’ve-never-seen-that-before compacts and groovy keitai celphones.

At Yodobashi you can handle just about any model of anything, so I did get a quick crack at an EOS 1D Mk II. It’s heavy as a brick, and had obviously been handled a lot by many people, but it still handled magnificently. Ah, if only I had a spare 600,000 yen lying around…