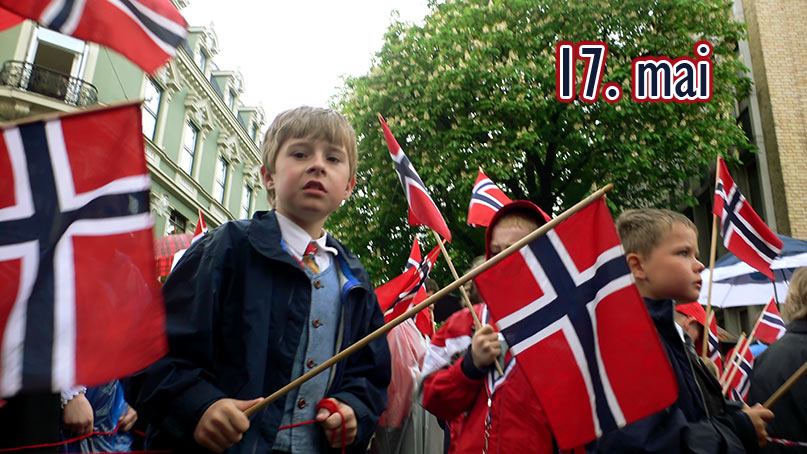 I realized as I was heading into Oslo that my meeting might be bumped by a local holiday — my dad would probably scold me for being a bad Norwegian, the 17th of May is the holiday, it’s christmas and thanksgiving and the fourth of july. The whole city was shut down, busses not running, taxis allowed to charge exorbitant fees legally (otherwise the drivers would stay home for the holiday), and as far as I could tell everyone in southern Norway below the age of 20 or above the age of 40 (and most of those in between too) crammed into a dozen blocks or so of central Oslo.

The Bronica gots its chance for a workout: ran about seven rolls of 220 Tri-X and Fujicolor and a little Acros to sweeten the mix (okay, I ran out of Tri-X). And filled two cards with the LX1 without shooting a single RAW frame.

Among the marching band hilights were covers of most recent famous Disney songs, a bit of ABBA, a slice of Sousa, and, just as they were passing the royal stand and waving at King Harald V, one school band broke out with their rendition of “That Dude Looks Like a Lady.” I started running hoping to catch a video clip, but they were a block behind me — a block filled with 5000 hip-hurra-ing parents.

Once the city busses were running again in the evening, I limped back to my hotel out in Lysaker (Fornebu) and promptly crashed until 2AM, just in time to prep for a visit to the Oslofjord for the 4AM sunrise.