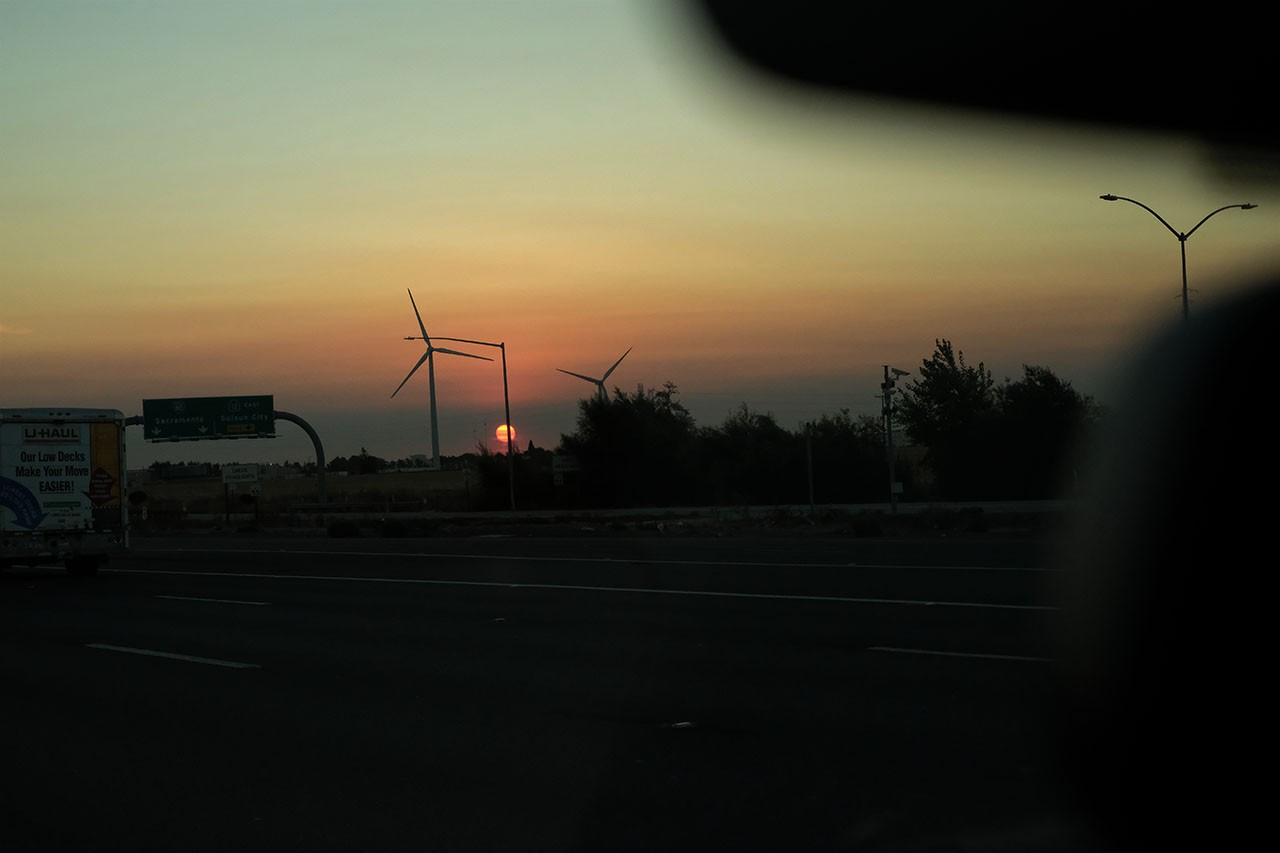 Driving an hour east on Saturday morning. Our goal: a quick impromptu run to Nevada to accompany my son and partner on the first leg of their return drive to NYU, after a Covid-escape summer.

We hadn’t counted on the fresh air of still-dark Sonoma County giving way to seeing the Sierras obscured by heavy smoke from the North Complex Fire – a brown wall ahead of us.

New plan: instead of a Reno lunch, which would have required us to drive through that barrier twice for our round trip, we stopped in Auburn, just past Sacramento, said our goodbyes over coffee and a donut and then drove north toward the sparkling blues of Clear Lake and Lakeport. We were not disappointed! But only after a drive through an even thicker plume west of the fire, not so obvious in a low-population region of the PurpleAir map.

The falloff at the edge of the smoke was striking – turning west from the interstate at Williams, within five minutes the AQI had dropped from what must have been a thick 230+ to nearly zero, open and clear. The heavier smoke was flowing down the valley behind us, but not reaching up through the hills.

Those hills themselves had suffered a fire in 2018, leaving a mix of new growth and still-standing burned stalks. There’s little deep forest in that area, and when fires arrive they move quickly through the grass and brush, exhausting each section in just a few minutes, weightlessly spun along by the wind.

South again, and home as the sun rolled behind the ocean. A long drive. I stood in the driveway and drank-in the sky. So many nights had passed without stars.