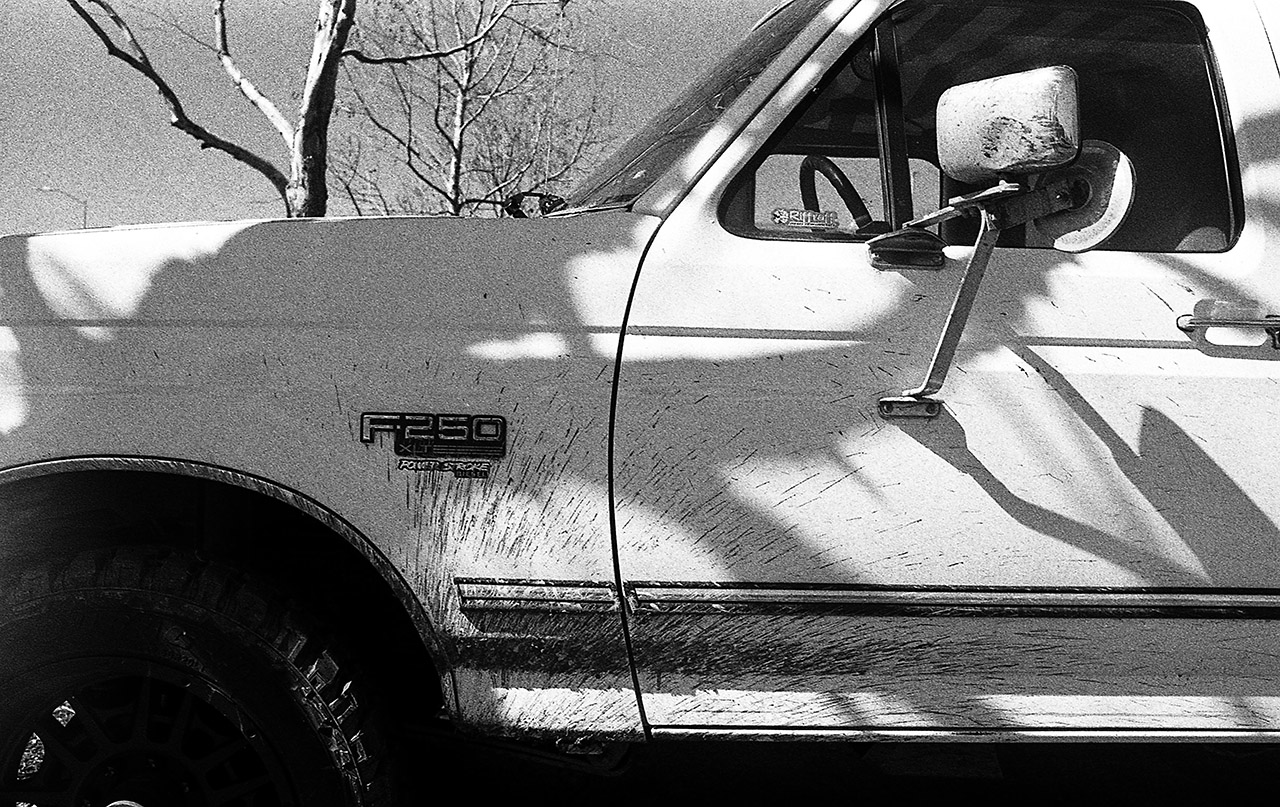 Found this formula from Ralph Gibson in the Lustrum Press book Darkroom:

Where the intent was to both over-expose and over-develop with a pretty hard mix of the Rodinal. The resulting negative should have a narrow usable range.

For digital, this idea requires some translation. But as long as I’m shooting some film and will be out on a moto ride anyway… let’s try with HP5 in place of Tri-X.

Not trying for a Gibson pic. Just the tonality – always interested in What Photos Look Like. And as long as we’re being nostalgic I’ll bring along a 35mm Nikkor-O like the one Danny Lyon used when shooting The Bike Riders.

A missing step, compared to a 1979 procss, is the printing. The modern scanner maps the grayscale by its own formulae – it might take a couple of trials to get tone curves closer to the Brovira used in the Studio 54 days. Still, always good to learn and relearn. The old feels new, familiar and unfamiliar.

If digital cameras had never happened, what would I be shooting today?

Gibson’s prints are less grainy than these scans. Is it Tri-X versus HP5, or…? Poking at the tones in this formula have reminded me that a big part of how Gibson used to make it work (he’s still around, but now shooting digitally) was by leaning hard on black negative shapes. It’s not every photo, but it often feels that the tones of any quintessential Gibson image will be big black, lots of silvery near-white skintone regions, and narrow connecting grays. Never all the way hi-con, and only rarely grain-centric.

Next time I try this, it’ll be with Tri-X. HP5 is already known for holding shadow detail, and it’s doing it here. With plenty of grain. Still: a late-70’s vibe.

Extra learning: it’s really hard to use a Nikon F2 when wearing a full-face helmet.