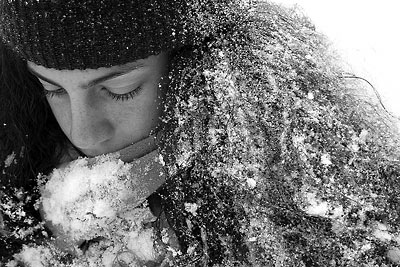 So I’ve almost finished selling my Canon SLR gear, to pay for my… Canon SLR gear. That is, the old-school manual-focus SLR gear to pay for… well, old-school manual-focus SLR gear, in the guise of old-style AE/MM Zeiss Contax lenses mounted on a digital Canon EOS. Monday I was lucky enough to snag a new 28 ƒ/2.8 for less than the price of a nice used one, by following up on someone else’s Ebay transaction gone wrong. Hurrah.

I’ve noticed in practice that I much prefer using manual focus with my EOS 300D, despite so many earnest users telling me that it’s a bad idea, that the screen is hard to focus on, the AF is terrific, etc etc. The only thing lacking, really, has been manual-focus lenses that are built to be focused manually, with a longer throw on the barrel for exacting manual control, combined with a hardy, solid feel (Canon’s 50mm ƒ/1.8 Mk II is a lens that, while inexpensive, is built to keep margins low — in other words, it’s lightly built, and the front elements wander). The Zeiss, built for cameras like the Aria and pro-level RTS, has that solid feel in spades.

Even better luck, I hope, on the 50mm ƒ/1.4, a lens that’s sharper than either Canon version and yet cheaper due to the small demand from Contax shooters. Used ones usually run $150 to $200. On a hunch, a few days ago I started looking to see if I could get a better deal by simply buying an old Aria or 167MT, with a 50mm attached — lucky me, I found a 50 for a low-end price, complete with an attached RTS! If it’s at all in good shape (particularly the shutter, which is impossible to service these days) I should be able to turn the body alone around for nearly the cost of the lens. Or consider it a free camera :)

On the subject of how few Contax users there are — ‘twas ever thus, even in the beginning days of the Japanese Contaxes. A tragedy, really. It’s not easy to find much about them on the web, either — which is why I tried to pile as many links as possible into this entry. My friend Knut, while tossing back Tuborgs a couple of months back, opined that he was the only Contax user he knew of in Denmark.