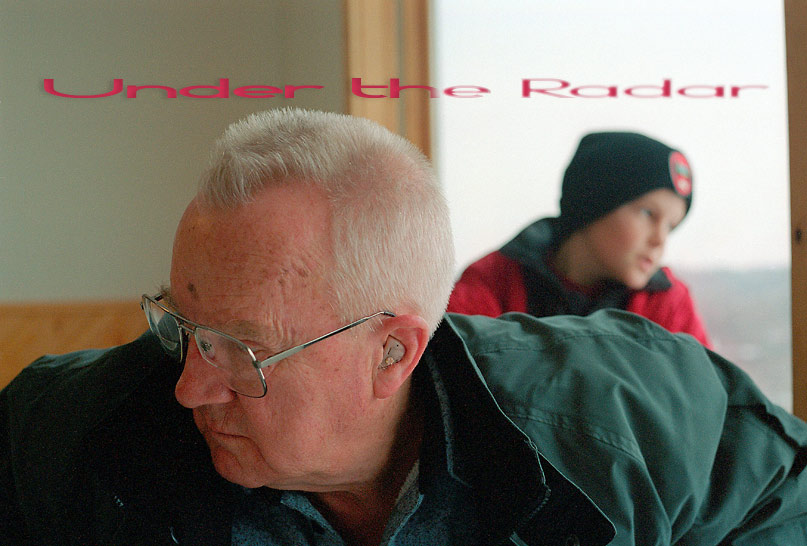 Over on Coincidences, Robert has occasionally sung the praises of ContaxG.Com. It’s one of a few sites centered around equipment that actually seems to function well not as a site of LUG-like arguments over esoteric attachments and SKU numbers, but as a site about pictures, which just happen to have been made with a particular kind of camera.

ContaxG.com concentrates primarily on pictures made with equipment, rather than equipment first and picture galleries second. In this respect it’s unlike other brand-centric sites like Nikonians or the Nikonian proxies Canonians (which seems to function as much as a venue for the shooting of its owner as a Canon resource) or the Minoltians. Great sites, but let’s be honest — they’re about branding first and foremost.

Part of the character of ContaxG probably comes from the apparent reality that while still sold by Contax, the G system is approaching obsolescence — 35mm film-based and without a new item in the line since the year 2000 or so. Without a continuous stream of new products, it’s immune to the usual flood of equipment marketing announcements with hardly any real photo content. It’s all below the consumer-products radar.

At the same time, the G1 and G2 haven’t got decades of history like some other brands, so they’re immune to the rampant collector-dom of sites like LUG or Rolleigraphy. Instead of fretting over storing Tele-Rolleis, NOOKY-HESUMs or PLOOTs in airtight anti-humidity cabinets, G users are just left talking about a few canonical bits of kit and… making pictures.

Part of its success is surely due as well to Glen Campbell’s SiteFrame CM software, which stresses mixed graphical content to a far greater degree than sites like Rollei-Gallery or Leica-Gallery or higher-traffic sites like photo.net

Siteframe has grown with ContaxG and has permitted (encouraged) the experience of members to grow and change the software. In fact it ran through a complete redesign after Glen took over the original Contax G User page… (arguing once again for the validity of doing software rewrites, once you figure out what you really wanted the software to do!) The emerging-usage-pattern has spread to other SiteFrame photo URLs beyond the G, whether it be for other Contax cameras, Fuji MF and XPan rangefinders, or for anything but the G.

Despite its potentially-fading technological edge, the Contax G still does its job like the professional tool it was designed to be, and the cameras already extant are likely to keep operating for a long time. And it keeps attracting new converts. The G site had over a thousand new members in the past year alone, many of them from eastern europe and asia but also more than a few from the US, a fact I realized while looking at the portfolio of one of my favorite new members Jason Hupe. Good to see the old G1 finding such able hands.

It’s also good to find collections like Jason’s on a site like ContaxG, not in yet another photoblog — not everything needs to be reduced to a photo per day, even when much of it’s diaristic like Jason’s photos.

The Photoblog format is, like blogging itself, a little too easy to hide behind — easy to feel like you’ve done something constructive simply by staying close to the comforting convention.

I’m also a bit perplexed at the habit, on so many photoblogs, to index their entries according to the equipment used (This post is the first I’ll try using MT’s cross-index posting: three topics at once!). It feels like a blog version of license plates that read F150 or BLUCHVY. I wonder if I should start doing the same…

(Started on a dual-processor Mac G4, refined on a Honcad P3 system, and a Dell M60 before returning to be posted from the Mac; all machines running Firefox)