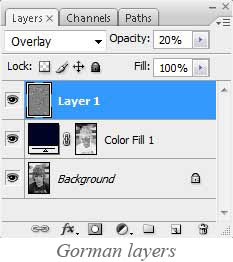 It's been a couple of years now since I wrote this entry on digital Black and White conversions. I'm still using a variation of the Caponigro conversion described there. What prompted me here was a combination of events, including reconciling the many scripts and actions I had on several different Photoshop-equipped computers, each of which had diverged from ts brethren; meeting Bob Carnie at Elevator Digital in Toronto, thanks to Dinesh; this APUG thread, which also included more info from Bob; and the latest edition of Digital Photo Pro magazine, which has run B&W articles as its cover story quite a lot over the last year or two, and this one was no exception. What surprised me was that DPP were freshly touting the old Gorman/Holbert method (aka the Gorman Method). 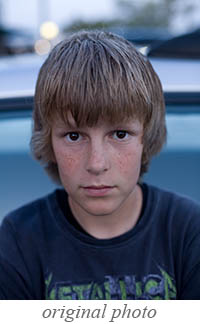 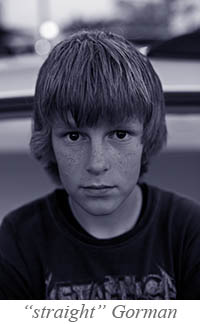 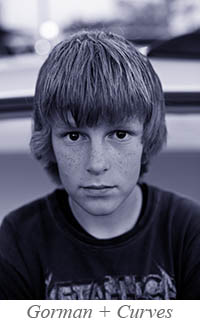 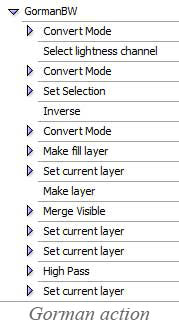 I've tried the Gorman method a few times in the past, stored actions for it like many other people have no doubt, and... it puzzles me. It puzzles me because: 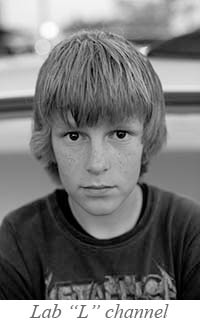 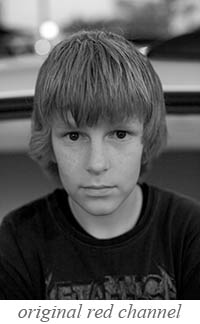 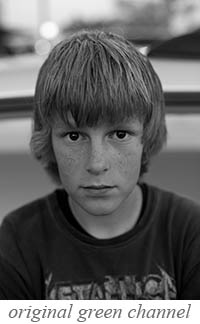 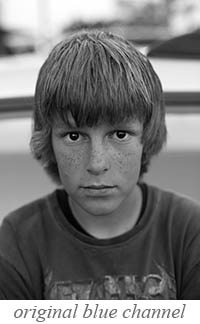 As an Action the method makes sense to some degree -- I can imagine applying it to whole directories of pictures at a time. What it lacks in control it might make up for in volume, though you could say that about any Photoshop/Bridge/Lightroom action.

There's also the proof pudding -- Gorman's published shots. They genuinely look great, but... is it really the conversion, or the practiced studio photographer? If he really uses this method, my guess is that he's learned how to nail his desired B&W results time after time by rigid adherence until it has become very natural to use and light for this scheme.

Bob likes Lab too, according to the APUG thread. I'm still scratching my head, though I suppose that the same "use what works for you" logic could be behind his comments (and I have no argument with that line of reasoning, believe me). It's also true that using a combination of all three colors, regardless of just what that composition might be, has the potential to give you really smooth and gorgeous floating-point-precision gradients even without resorting to Dark Side trickery like HDR. 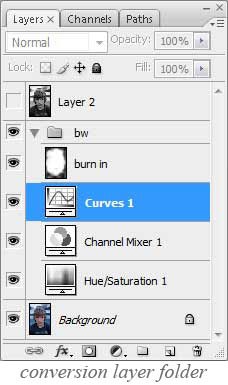 Still, I like the Caponigro method, and have adjusted it slightly since the previous entry. I don't try to put the color toning into the same operation, and I put all the adjustments into a folder, so I can turn them of and on as a group (or fade them by adjusting the opacity of the entire layer group at once).

I've also added a blank layer I label "burn" to the folder, and set its blend mode to "multiply." Anything I paint into this layer will essentially burn-down (darken) the corresponding areas of the final B&W image, and it too can ave varying opacity in case I get a little too heavy-handed wit the brush (which happens a fair bit). The illustration shows a complete "Modified Caponigro Method" folder.

What about that undisplayed "Layer 2" above the folder?

It's the result of my very favorite Photoshop key commands, a trick I've only heard verbally described as "The Move." It's "ctrl-option-shift-E" and does in one step what the Gorman method does in two -- it merges all visible layers into a new layer at the top of the stack (in the Gorman method, this is done by creating a blank layer and then running "merge visible" on that layer -- exactly the same result).

That "Layer 2" is just such a layer, which has then been hidden for later use (as we'll see).

A problem with (pre-CS4) Photoshop is that it doesn't let you specify arbitrary blend operations (or filters) on a folder. So the only way to use those sorts of effects are to do a "move," create that new layer, and then execute whatever on that layers pixels. That's what the Gorman method does for its high-pass layer, and how I use it will be described below.

These "merged" layers are great, but do remember -- if you edit any of the underlying Hue, Curves, etc layers, those changes will not automatically appear in the merged layer. Instead, you'll need to hide or delete the old merge and make a new one (clicking the little visibility icons then makes A/B comparisons pretty easy too, btw).

Here are some pics: the first is an un-modified original, followed by two possible B&W conversions, and then the color result of applying those conversions back to the original color image. In the first, darker one, I liked the somewhat bad-color-printing appearance it had. In the second, which also washed-out a lot of the detail in the freckles, the color becomes very soft, looking almost like hand coloring. The last in this group uses the same brght luminance source, but the effect is faded back by reducing the luminance layer's opacity. 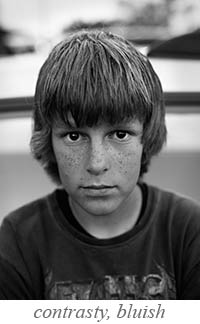 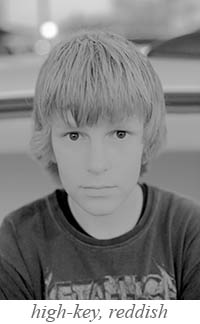 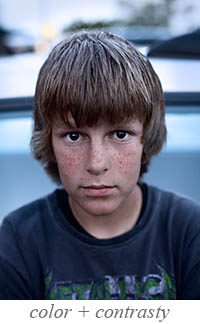 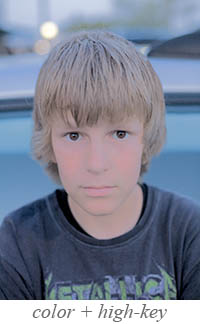 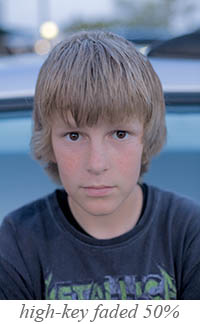 As long as we're in Photoshop, it's hard to resist trying near-useless tricks, too. Here's a completely negative luminance applied to the original colors, and its inverse (which gives positive luminance to negative colors). 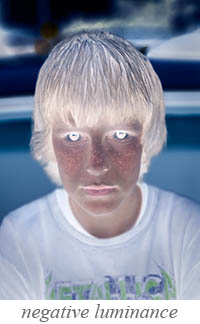 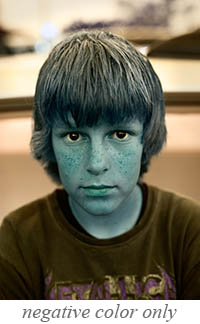 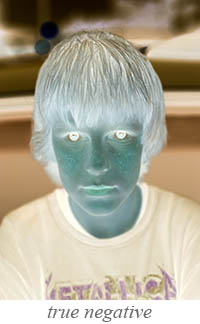 These samples use a different blend mode: the "lighter color" mode. The result (which looks best, IMO, when slightly faded back) gives slight variations in the overall color saturation according to the overall luminance -- another rather film-like effect and one I really like. 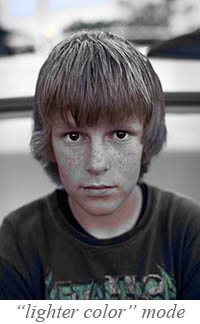 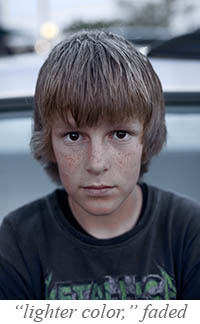 Finally, why not blend components of techniques for something new? The pics below show the high-pass layer from the Gorman technique, applied via "overlay" to the original color image. 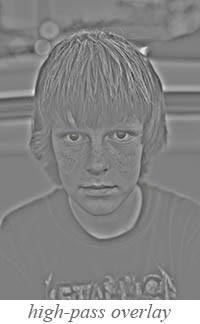 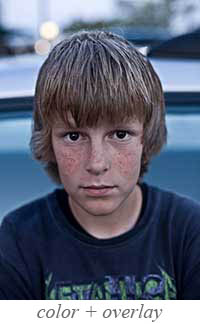 So what about video games?I would be remiss not to mention that all of these methods, except for the high-pass filter, can be executed in a single unified pass in hardware shaders, thus also making them appropriate for using in video games (the high-pass filter would require an additional render-to-texture pass). If you've been paying attention to John Nack's blog, you may also know that such effects will eventually be available in real time for Photoshop and Flash via "Pixel Bender" shaders.