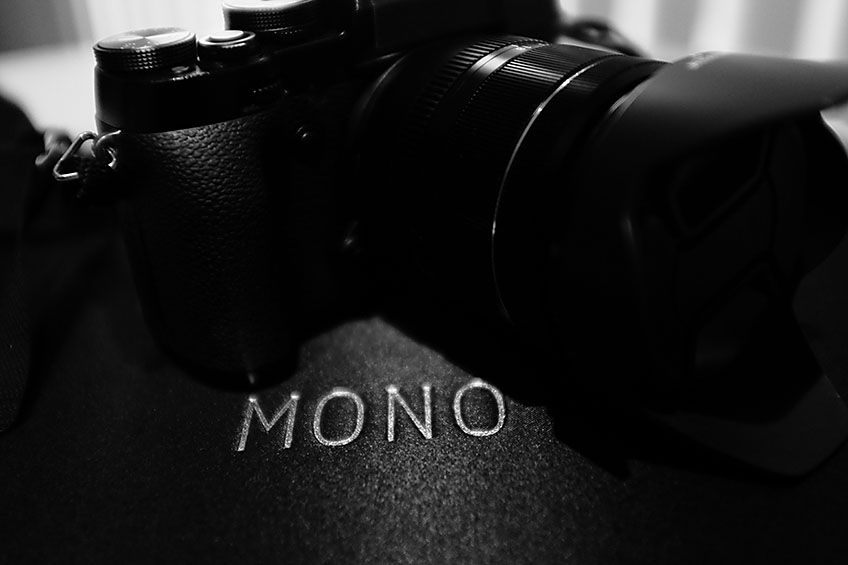 The first was MONO Volume One, edited by Luca Desienna (of Gomma magazine) and released in 2012 as the first part of a proposed trilogy (A Kickstarter project for Volume Two also shows a video that includes paging through the first volume).

The second, smaller book was BLACK FOREST, edited by Russell Joslin (of SHOTS magazine) and just now available. BLACK FOREST is not entirely in black and white, though the color fraction is desaturated and small.

MONO is organized as short portfolios by an individual photographer -- BLACK FOREST is organized into four "visible poems" of Joslin's devising, with contributions by many photographers. Thus the smaller book includes the works of more artists. At least one (Roger Ballen) can be found in both books.

For each portfolio or visual poem, there is a brief and self-consciously cryptic poem-sized intro text. I am generally mistrustful of such props. They can be safely ignored here.

Both books exhibit a considerable love of blackness. This might be a by-product of modern book-printing practice, but both contain not only photos with tones that sink down below the page but the images are often presented against black, and many pages that bear no photos are also inked over.

The blackness suits both volumes' interest in nostalgic, dreamlike states: dreams, like photographs, can seem vividly real, yet in nearly all these photos, as in dreaming, the realistic depiction is thwarted by defiances of physics, surrealist-like dissonant combinations of scale, of objects, animals, masks, realigned gravity, uncharted woods, skulls, paint-spattered walls, naked flesh and drapery. There's a baroque quality to the extremity of detail.

Nearly all the work is made in the studio, or in controlled locations, really with only a single exception, Trent Parke's portfolio in MONO. The notion of the camera as a window onto the world, or of the world as a supplier of image elements, is absent here.

The internet is first and foremost for shopping. So which of these books is most worthy of your cash? While I like MONO's affordance of a deeper look at one artist's imagery at a time, BLACK FOREST (which is also actually available!) suits me better. That said, I'll still pony-up the speculative 29 quid for a copy of the upcoming MONO Volume Two.