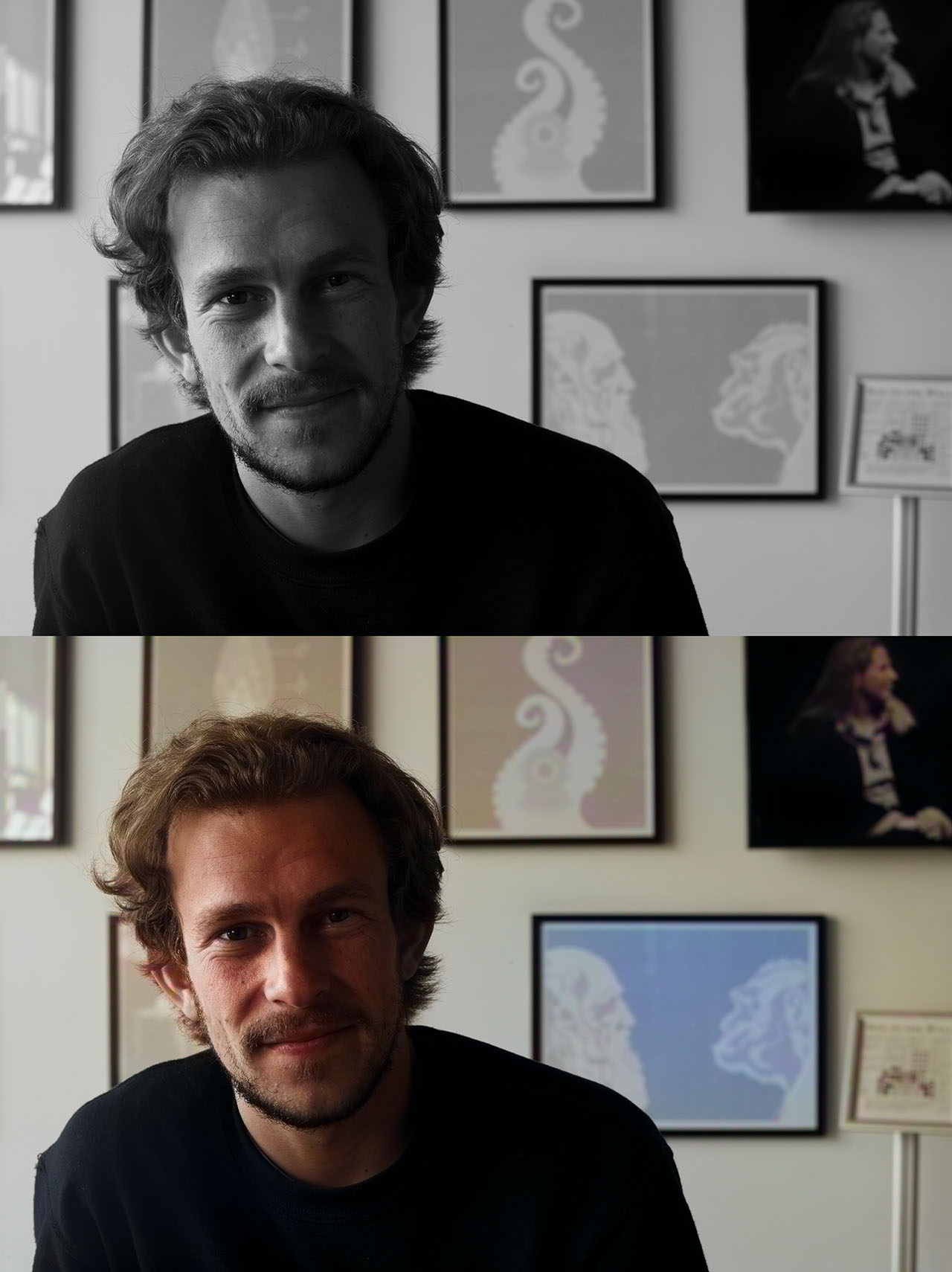 The shot above was made with a B&W-only camera. The lower version: a one-click reimagining via Adobe’s latest “Neural Colorize” filter.

It’s impressive how the software can add color to the file. Yet:

What does color really add to the photo?

Unsurprisingly, the computer also colorized the out-of-focus images on the background wall, though I recall that they are black and white prints. What matters is not that the colors are right, but that they are credible.

In the main, such colorization algorithms work by pre-processing a massive catalog of other photos. An algorithm on the “learning” system is presented with a black and white photo, generates its guess at a color rendition, and then compares it to a pre-existing color version. Discrepencies cause the program’s setting for conversion to be automatically tweaked a little, and the process is repeated on millions of images until it’s good at providing the best generic guess.

A refinement of the technique adds another learning system for deciding if a proposed color image should be accepted as realistic. A “GAN” composed of those two collaborative learning networks (the “generator” and “discriminator”) can learn to recognize not just colorized images that match actual color originals, but also can learn whether to accept as “good enough” colorized proposals for images that never even had color originals.

And there’s the crux of my question above. The colorization that a pixel-based machine learning system creates, no matter the level of its sophistication, is always a generic construction based on millions of similar images. Yet what makes a photo valuable and interesting is how specific it is. The essential part of a colorized photo was already written in black and white.

Caveat: I haven’t seen Adobe’s code. One could imagine greater specificity in colorization: for example, classifying a photo’s subject as a portrait or an insect or a salad or a car could help narrow-down the color choices. Different years present fashions using different prefered dyes, as do, say, sport uniforms or traffic-safety equipment. A system can learn to make generic guesses within a specific domain. They’re still generic guesses.