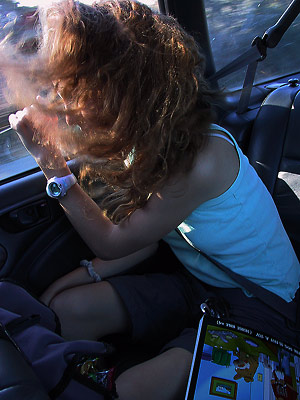 Such a literate bunch today.

• Street Photography is Link Number One

• “To photograph is to hold one’s breath, when all faculties converge to capture fleeting reality. It’s at that precise moment that mastering an image becomes a great physical and intellectual joy.”

“Photography has not changed since its origin except in its technical aspects, which for me are not important.”

“Photography appears to be an easy activity; in fact it is a varied andambiguous process in which the only common denominator among its practitioners is in the instrument.”

“Photographers deal in things which are continually vanishing and when they have vanished there is no contrivance on earth which can make them come back again.”

“Reality offers us such wealth that we must cut some of it out on the spot, simplify. The question is, do we always cut out what we should? While we’re working, we must be conscious of what we’re doing. Sometimes we have the feeling that we’ve taken a great photo, and yet we continue to unfold. We must avoid however, snapping away, shooting quickly and without thought, overloading ourselves with unnecessary images that clutter our memory and diminish the clarity of the whole.”

“Of all the means of expression, photography is the only one that fixes a precise moment in time. We play with subjects that disappear; and when they’re gone, it’s impossible to bring them back to life. We can’t alter our subject afterward…. Writers can reflect before they put words on paper…. As photographers, we don’t have the luxury of this reflective time….We can’t redo our shoot once we’re back at the hotel. Our job consists of observing reality with help of our camera (which serves as a kind of sketchbook), of fixing reality in a moment, but not manipulating it, neither during the shoot nor in the darkroom later on. These types of manipulation are always noticed by anyone with a good eye.”

“Avoid making a commotion, just as you wouldn’t stir up the water before fishing. Don’t use a flash out of respect for the natural lighting, even when there isn’t any. If these rules aren’t followed, the photographer becomes unbearably obstrusive.”

“In photography, the smallest thing can become a big subject, an insignificant human detail can become a leitmotiv. We see and we make seen as a witness to the world around us; the event, in its natural activity, generates an organic rhythm of forms. “

“The most difficult thing for me is a portrait. You have to try and put your camera between the skin of a person and his shirt.”

“What reinforces the content of a photograph is the sense of rhythm & the relationship between shapes and values.”

“To take photographs means to recognize — simultaneously and within a fraction of a second — both the fact itself and the rigorous organization of visually perceived forms that give it meaning. It is putting one’s head, one’s eye and one’s heart on the same axis. “

“As far as I am concerned, taking photographs is a means of understanding which cannot be separated from other means of visual expression. It is a way of shouting, of freeing oneself, not of proving or asserting one’s own originality. It is a way of life.”

“The photograph itself doesn’t interest me. I want only to capture a minute part of reality. “

“Think about the photo before and after, never during. The secret is to take your time. You mustn’t go too fast. The subject must forget about you. Then, however, you must be very quick. So, if you miss the picture, you’ve missed it. So what?”

“The picture is good or not from the moment it was caught in the camera. “

“Inside movement there is one moment in which the elements are in balance. Photography must seize the importance of this moment and hold immobile the equilibrium of it.”

“We pass judgement on what we see, and this involves an enormous responsibility.”

“Sharpness is a bourgeois concept.”</i>

Or, to put it another way, there’s an awful lot of bullshit which you can safely ignore.</i> — Jawed Ashraf

And these from Luis:

• Gradually, I set myself to try to discover the various ways in which I could play with a camera. From the moment I began to use the camera and to think about it, however, there was an end to holiday snaps and silly pictures of my friends. I became serious. I was on the scent of something, and I was busy smelling it out.

— HCB, Intro to The Decisive Moment

• Success depends on the extent of one’s general culture, one’s set of values, one’s clarity of mind and vivacity. The thing to be feared the most is the artifially contrived, the contrary to life

• Photography is an adventure just as life is an adventure. If one wishes to express himself photographically, he must understand, to a certain extent, his relationship to life.

The work of two photographers, Bill Brandt of England, and the American, Walker Evans, have influenced me. When I first looked at Walker Evans’ photographs, I thought of something Malraux wrote: “To transform destiny into awareness”. One is embarrassed to want so much for oneself, but how else are you going to justify your failure and your effort ?

• “There is one thing the photograph must contain, the humanity of the moment.”

“It is difficult to describe this thin line where matter ends and mind begins”.</i>

• …..I saw my “Steerage” framed and hanging on the wall amongst etchings and lithographs. “What’s the price of “The Steerage ?” I asked.

I was tempted to buy it. It looked so handsome, and how ridiculously low the price. I remembered that I was living on fifty cents a day for food and that four dollars meant eight days’ food. Did I have a right to buy my own picture under such conditions ?</i>