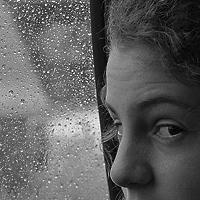 Technical discussions are the inevitable evil of photography. Partly because they function easily as words — one can talk at length about pixels, Permawash, bromoil, MTFs, market share. Simple, quantifiable, explicit. It’s very difficult to talk about the balance of a photo, or why you prefer the print that’s a half-stop brighter, or the slight variation in poignance that differentiates two portraits in an otherwise largely-identical series. These are attributes of what Nabokov defined as “sensual thinking” — art.

That disclaimer made, here are some thoughts about exposure:

It’s so doggoned easy to just use the AutoExposure, but the results are… bland. I’ve been using the lock more and more, and the little test of the past week has convinced me to use manual exposure exclusively for a while. It’s just better to think about the exposure, even if all you do is realize that it’s all in a narrow range and you can let the AE have its way. At least you made that choice, and photography is all about choices.

“Correct” metering is not really about 18% gray — the graycard is just a standin for the idea of “getting detail from the maximum slice of the image.” In other words, having the minimum number of pixels that are overexposed or underexposed. This isn’t always perfect, but it’s an excellent approach for designing a camera that can be pointed at a lot of random things and which will return reasonable straight representations of those things.

You can’t get away from representation. You can have a pear, and a picture of a pear. The picture can try to reproduce the appearance of the pear, or the photographer’s impression of the pear, but it’s still a representation of that impression. If the frame was a black rectangle it would still represent some chain of events that led to the creation of that black rectangle, and (if presented) would represent that artist’s notion of art.

But “straight” naïve representation, what the AE aims for, is not just representation, it’s an attempt at replacement of the subject — instead of the original, we can have this handy rectangular proxy object. Time, space, scale, can be collapsed. I know the face of my great-grandfather, as a young man. I know what a cheetah looks like when it’s running at full stride. The surface of Phobos, Bradley fighting vehicles in Najaf, a faraway cousin’s new baby. Increasingly, our experiences are not really our experiences; they’re instead our experiences of seeing photos of experiences.

This is just like the spoken, and written, technologies of language. Long ago, language let early humans achieve what no animal had really done before — transfer experience, wisdom, and even emotions from one member of the group to many. One human could eat peyote, and tell the others of his experiences without requiring them to invest days in a dangerous activity. One hunter could bag a lion, and on the next hunt the rest of the hunters could use his same methods. Stories from grandparents could be passed down to unseen descendants, and as writing became commonplace they could be passed-down permanently and even anonymously.

So too photography; in its physically-descriptive power it excels like nothing before or since (if I include motion pictures as photography, which I do). But like the written word, it often records the banal as readily as the interesting. There are cuneiform texts that do nothing but handle the accounting for grain warehouses that have been dust for millenia. Like a snapshot, they are exact in their description, but utterly pointless. How much better if, these many centuries afterward, we could have gotten even an inkling of how the scribe felt about this grain!

A little subjectivity can go a long way. It might not be much, but it’s what humanizes what we do, makes it distinct from the mechanical, and accessible to one another in a resonant way. In photography, exposure is a part of that subjectivity. To my mind, everything in a photograph should be part of the greater whole, including the exposure. It would be wasteful to leave it to a machine without good reason.