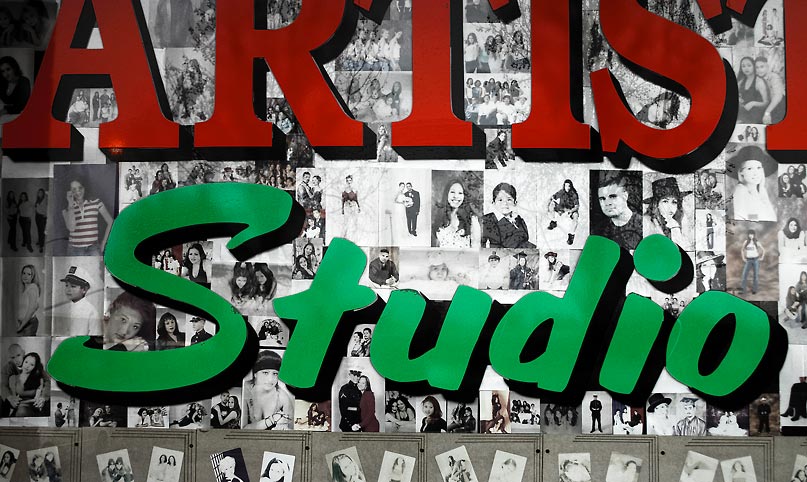 Joerg wonders if our lives are drowning in pictures — or in his specific words, “photographic white noise.” Specifically, are people overwhelmed by their own portraiture? A child born today can expect thousands of photos to be emailed and archived on CDs before their first month of age. Byt the time they are old enough to pay attention, will they even be aware of any in particular?

This problem is not a newly-minted one, particularly comparing photos to paintings (and before 1850, the percentage of people who had portraits of familty members was miniscule). Berger’s Ways of Seeing hints a bit at it, as do Barthes’ Camera Lucida and Sontag’s On Photography. After many weeks of searching, I’ve finally tracked down a copy of Henri Cartier-Bresson’s 1952 The Decisive Moment (why hasn’t this book ever been reprinted?), and HCB comments directly to this issue, not as a problem but merely a characterisitic of the medium:

“One kind of subject matter greatly derided by present-day painters is the portrait. The frock coat, the soldier’s cap, the horse — now repel even the most academic of painters. They feel suffocated by all the gaiter buttons of the Victorian portrait makers. For photographers — perhaps because we are reaching for something much less lasting in value than the painters — this is not so much irritating as amusing, because we accept life in all its reality.”

Despite the endless lionizing of the late “Hank Carter”: because we are reaching for something much less lasting in value. HCB is not fazed by photography’s multiplicity — it comes with the territory. Maybe it’s a key reason he hung up his Leicas in the 60’s and moved back to drawing (the estimate cited in Kobre’s Photojournalism was that HCB shot 15,000+ rolls over 40 years — about 30-40 decisive moments a day, including Sundays and his time in a PoW camp). Though HCB admits that often enough the sitter themselves may have a more hi-falutin’ intent for the portrait:

“People have an urge to perpetuate themselves by means of a portrait, and they put their best profiles forward for posterity. Mingled with this urge, though, is a certain fear of black magic; a feeling that by sitting for a camera portrait they are exposing themselves to the workings of witchcraft of a sort.”

Certainly the basics of image-creation haven’t really changed that much since the 1920’s, it’s only our own relationship to the rituals of posing, of making, presenting, and preserving that are changing (or are they? Of the 13000 snaps of little Mikey posted on flickr, isn’t it still the one of him with Grandpa & Grandma that you print and hang over the mantle, and more-likely set as your office-cube desktop image?).

The “photographic white noise” isn’t just from the swelling tide of personal photos but from everyone’s photos. And videos, and games, and IMs, advertising on every possibly imagineable public surface, a crushing flow of imagery and other “creative content” of all sorts.

In the end, I think it’s what I’ll call The Narrative Crisis (no doubt someone learned in semiotics can give it a far more discerning name, and laugh that the idea of it has been old hat among academics for years, but that’s what I’ll use). What are people looking for in personal photos? They are looking for a story, or the affirmation of one. To peg their experiences as part of that story.

In centuries past, stories were few (and literacy low). A few great epics with a few choice subplots were enough to organize whole societies: say, the story of Moses, or Aesop’s fables. With the rise of industrialized media, we’ve been inundated with story in the same way that modern society inundates us (that is, we cozy westerners) with food. In America, the dominant food problem is over-eating, with a large segment of the population suffering negative health effects from too much food. Herein lies The Narrative Crisis. In the same way as our bodies are surrounded by products full of HFCS and trans-fats, our minds are surrounded by mental fast food: TV serials (where for the sake of syndication most all stories lead nowhere, with the main characters inevitably returned at the end to their zero-sum initial situations), other-tribal people to be afraid of (communists, japanese, democrats, muslims), adverts with minor variations on the same repeated message (you are not worthy, but if you buy XXX, you will be),… conform, buy, repeat. In the average month (week?) I expect that most American ten year olds hear as many different stories (mostly fictional) as an average ten year old had heard in their entire ten years, a century ago.