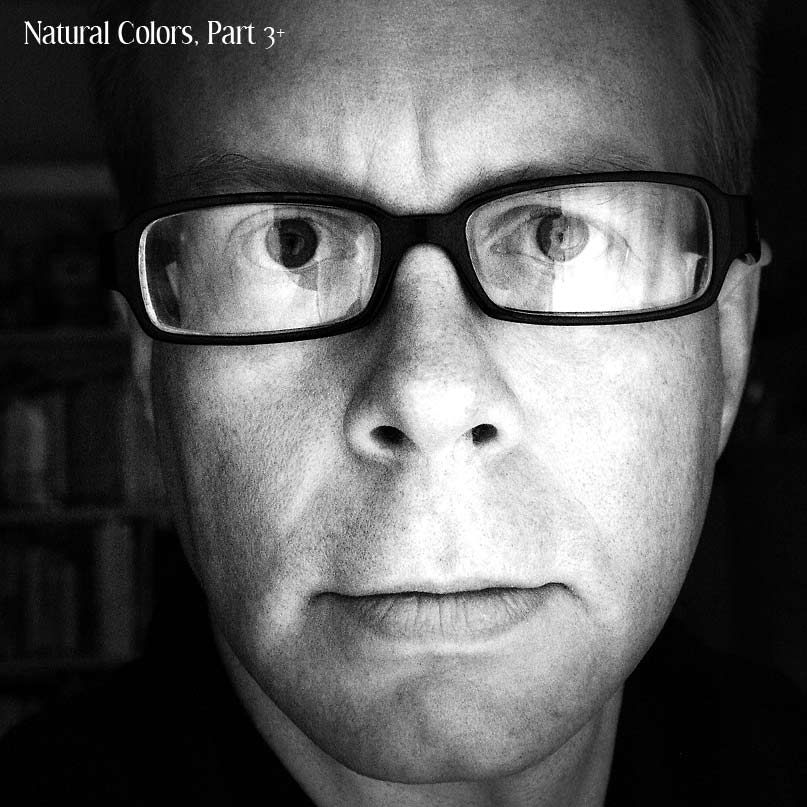 Joerg (via Mark) finds the great links again: Laurence Demaison’s B&W works are as unlike the typical wannabe-Weston or faux-HCB Leica-foto fare as you’re likely to find. And quite devoid of anything obvious that would tag them as made in 2005, 1955, 1895… I’d happily accept her work as an example of how new B&W need not be derivative or nostalgic or even self-consciously “new.” I am entirely delighted with it….

Joerg also points out that back in January, when I was swooning over my new Rolleinar 3 and talking about Steve Pyke, Pyke was assuming the staff position vacated by the late Richard Avedon over at The New Yorker. Pyke’s a natural choice: impeccable cred, a history of highbrow celebrity portraiture, and almost always working in black and white.

Pyke’s technique (both mechanical and, apparently, psychological) mirrors that of Avedon in many ways: the Rolleiflex, the flat-colored fabric backdrop, the natural light, the gentle direction. You can see Pyke at work in some video clips on ZoneZero — compare to the takes of Avedon’s masterclass session in the documentary Richard Avedon: Darkness and Light.

Of course one can’t make too much of superficial similarities. This evening I finally got a chance to sit down in depth with the text of Revelations and one of the issues most annoying to Diane Arbus in the last year of her life seems to be exactly how many fans seemed determined to emulate her: “I feel paranoid and beseiged… people wanting to show me pictures just like mine… it [the time spent on fans and accolades] all means I can’t photograph. And most of what I’ve been doing is such junk… I hate the world of photography and photographers. Everyone is turning to Rollei and Portriga and printing with borders.” Even she was convinced that pictures were being made “just like” hers — surely one of the reasons she switched to 6x7 format in those last months. But truthfully, her pictures have stood solidly and truly unduplicated. It wasn’t the Rollei, or the funky borders. Those are just the notes, not the song.