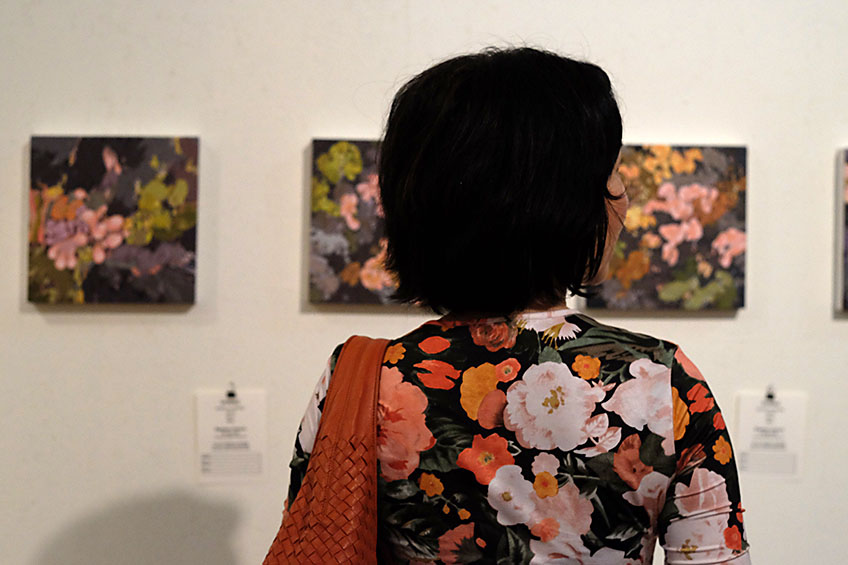 This post started as three different posts, each of which got bogged down in its own overwrought explication. I realized they all shared concerns about essentialism, of what makes a photo… a photo. I’ve decided to just stack them and cut straight down in straight lines across all three. Kick ‘em all.

Why is photography in art shows so bad?

Especially compared to the painting. In the past couple of months I’ve seen three local shows that either featured or included "new" photography: this one at a museum, this one at a local arts institution, and this 30,000-square foot “party” declaring itself a route to making San Jose the “next Brooklyn” (I thought the current Brooklyn was the next San Francisco? So confused…) — in every case there was a some good work and plenty of camera-club cruft holiday snaps that could have been as easily shot in 1937 as 2014. To my further astonishment the predictable cruft was lauded, while good work in those shows was snubbed (Marin Artists at least found the best of the bunch on display – the California Statewide… not so much).

Cameras matter… but maybe not the way you think.

When I was in art school, the library received one of those new PC’s with a color display. Quickly an array of painting students started reserving time on it, for the sake of using the then-new painting tool: a mouse and screen. They loved it. It was very entertaining to them, and it was entertaining to watch them use it. But: the resulting final images were rarely of any note. The aesthetic satisfactions were all in the process, not the product. It was rarely obvious to those early digital painters: when you enjoy doing something it’s hard not to think the result will also be enjoyable.

Likewise today for cameras: with more than a century of steady development as consumer-pleasing devices, they’ve made the process of creating The Expected Images maddeningly easy to execute by rote step-following — just find a predictably picturesque subject & press (if the computer can’t do it all for you… surely there is some GPS-enabled phone app guide to Kodak Picture Spots?). Enjoy the smooth feel of the device in your hand.

Want more “creativity”? Break out the check book. From such a perspective, perhaps there really is merit in the retro crazes of recent years: a desire to make images in spite of the technical shortcomings, rather than to hurtle along making the same photos that ones sees posted as examples in the Canon & Nikon adverts. But some much retro work is likewise predictable…

I was recently asked why I mask the bright white brand names on my cameras with black gaffer tape. Why don’t I want to show the logos off? To make the camera more discrete, I usually reply. The idea that I need to make my camera an advert for a tech conglomerate is… offensive. Still, I get it: there is a satisfaction in holding a well-crafted tool, regardless of the results.

What you see is all there is.

I joined up as part of Zack Arias’s Dedpxl series of photo assignments. He promised to make me a better photographer, and perhaps it is working (little instruction penetrates my thick skull, but he gives it an earnest try)! It is fascinating to see lots of people all attack the same assignments in the same weeks. It’s like… school! I admit, I sometimes miss that. Though unlike students in art school, most of the ones in the public-school flickr version bare more than a little animosity to the idea of open critique and discussion. That’s okay, too.

But what keeps gnawing at me is the tacit notion that flickr photos (and/or photos on 500px, Instagram, Google+, etc) represent the entire scope of photographic practice. That there is somehow a "best way" to make "good" photos when it’s hard enough to even begin to gauge the criteria of general success for the shooter. Are they aiming to make better baby pictures of their nephew, planning a commercial product-photo career, or hoping for an eventual retrospective exhibit at the Tate?

Flickr and the like present photos in a manner that is loaded with many assumptions, compromises, and copious baggage. I’m astonished that people can get caught-up on pixel peeping when their 4K photos are being displayed 300 pixels across. It’s not a secret, but it doesn’t really feel acknowledged properly, either. Flickr and their ilk reduce all discourse to a stream of random snips and ★ or ☆, where all images are resized, rehashed, down-sampled, and maybe later appropriated and posted as part of someone else’s Upworthy media-bite.